Last Tuesday, Caroline and I had the pleasure of being invited to Monday Night Brewing’s new hop-centric program at their West Midtown location. It’s called Hop Hut and, boy, does it make a statement. 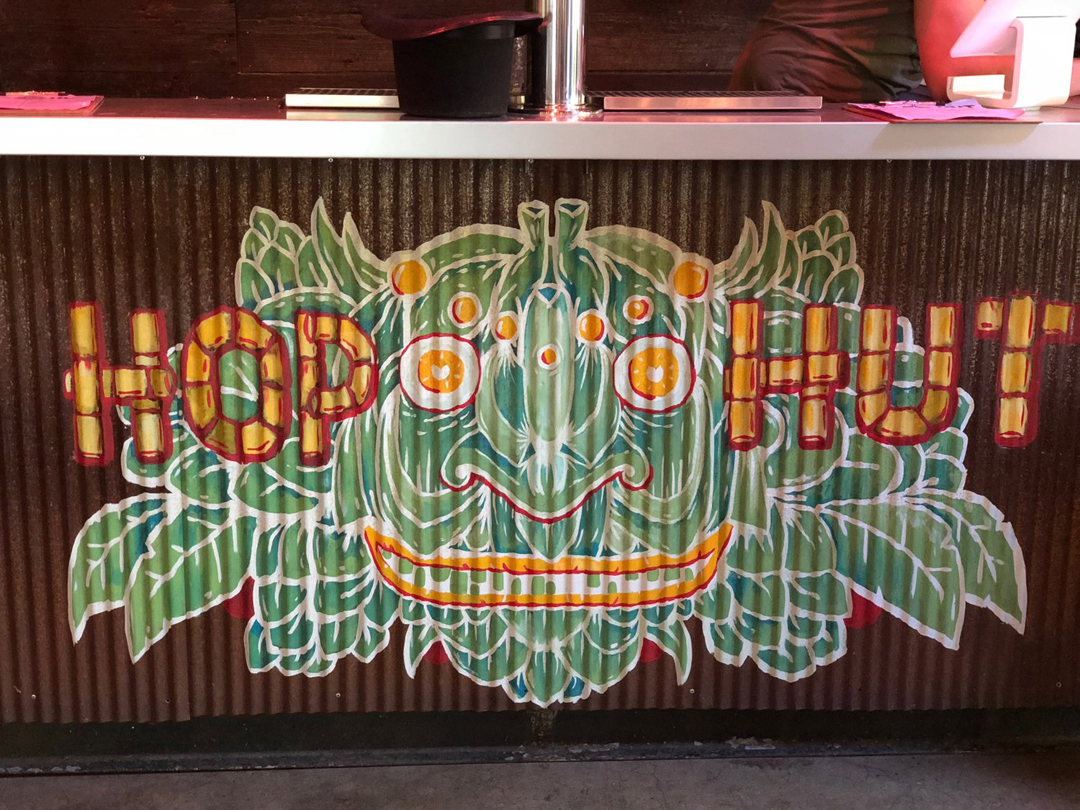 The hut, which used to serve as outdoor taps when the indoor lines became congested, is now adorned with a bold “HOP HUT” and a self-proclaimed Tiki Monster. (A sign on the bar warns “Please don’t steal our glasses. Tiki Monster would not be pleased.” I didn’t take any chances.) A thatched roof is lit up by colorful tiki lights. The eight taps, which will continue to rotate hoppy beers, are adorned with wooden tiki heads. 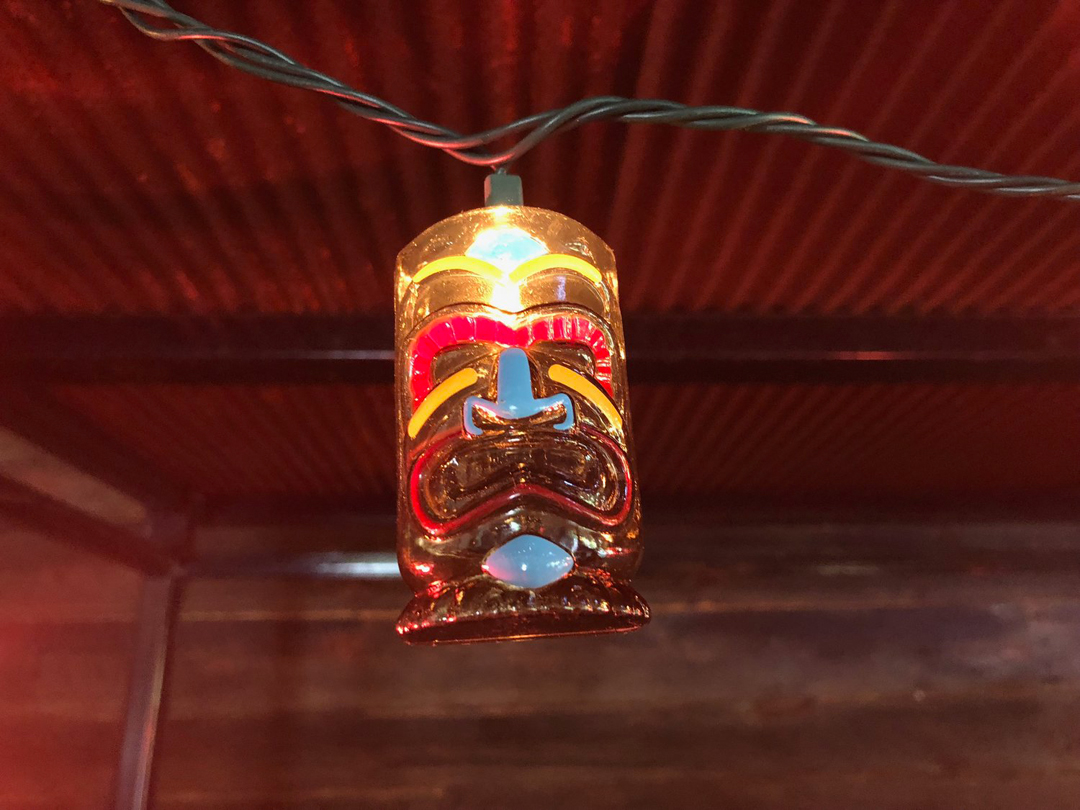 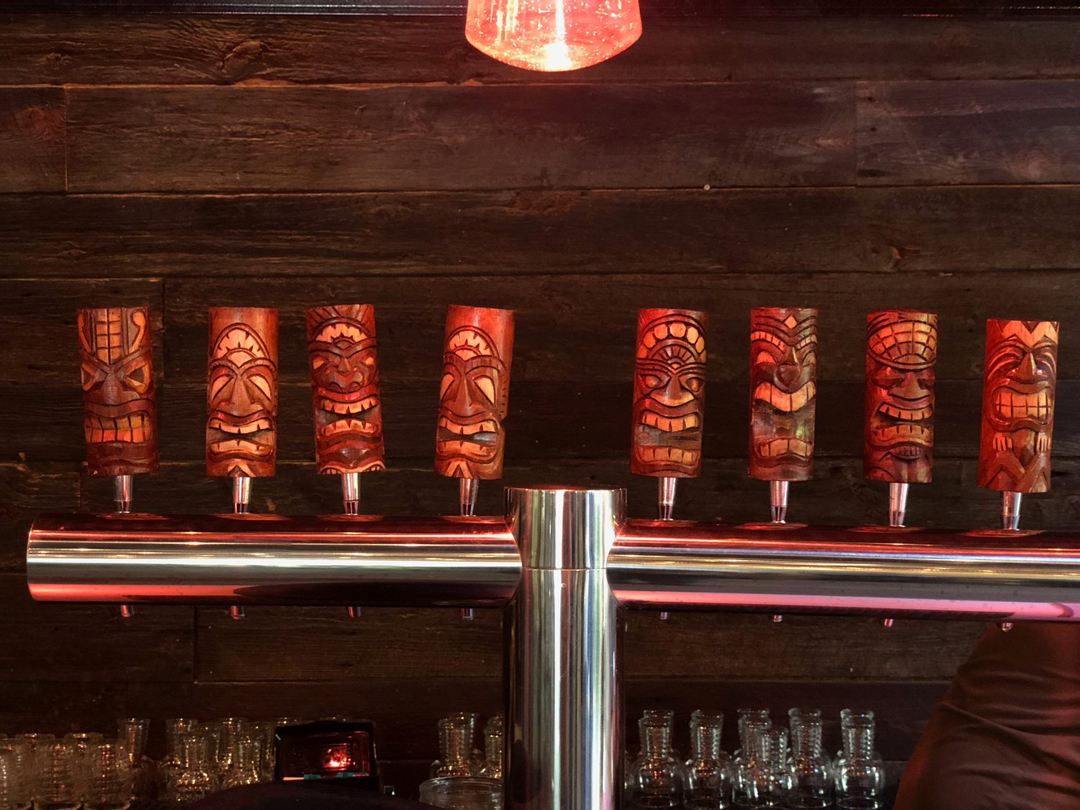 I spoke with Aaron Williams, Monday Night’s Brand Coordinator, and he shared that this was a great way to play around with what can be done with hops and allow their brewers to take a break from their most popular brews to experiment with something new. Some of the beers were variations of strains of old favorites (e.g. Other Cheek being a variant of Slap Fight) while others have become a beast all their own. You know I’m talking about Space Lettuce. 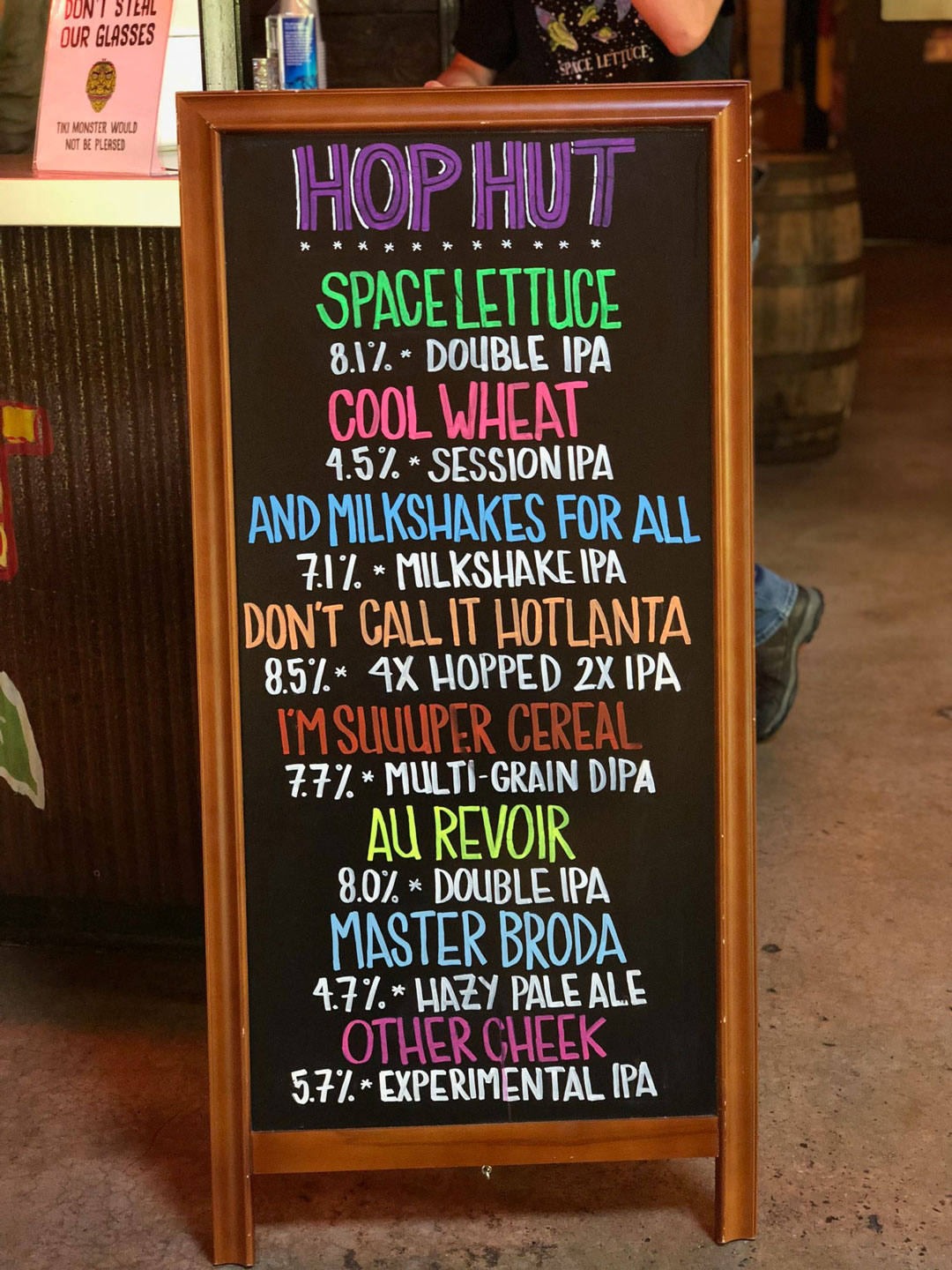 At Hop Hut’s debut last weekend, Rhett of Frankly My Beer podcast, mentioned the line was out of control and a lot of it was to get their hands on that galactic roughage. After a wildly successful debut last December, Monday Night limited this batch to sixty cases and they were gone at hyperspeed. This DIPA, dry hopped three separate times with six different hops, is a bear to brew. The moment you anticipate a typical DIPA to kick into it’s bitter finish, Space Lettuce keeps the fruity and piney notes coming. I’m not ashamed to say as a happy hop head it became one of my favorites before I even finished it. 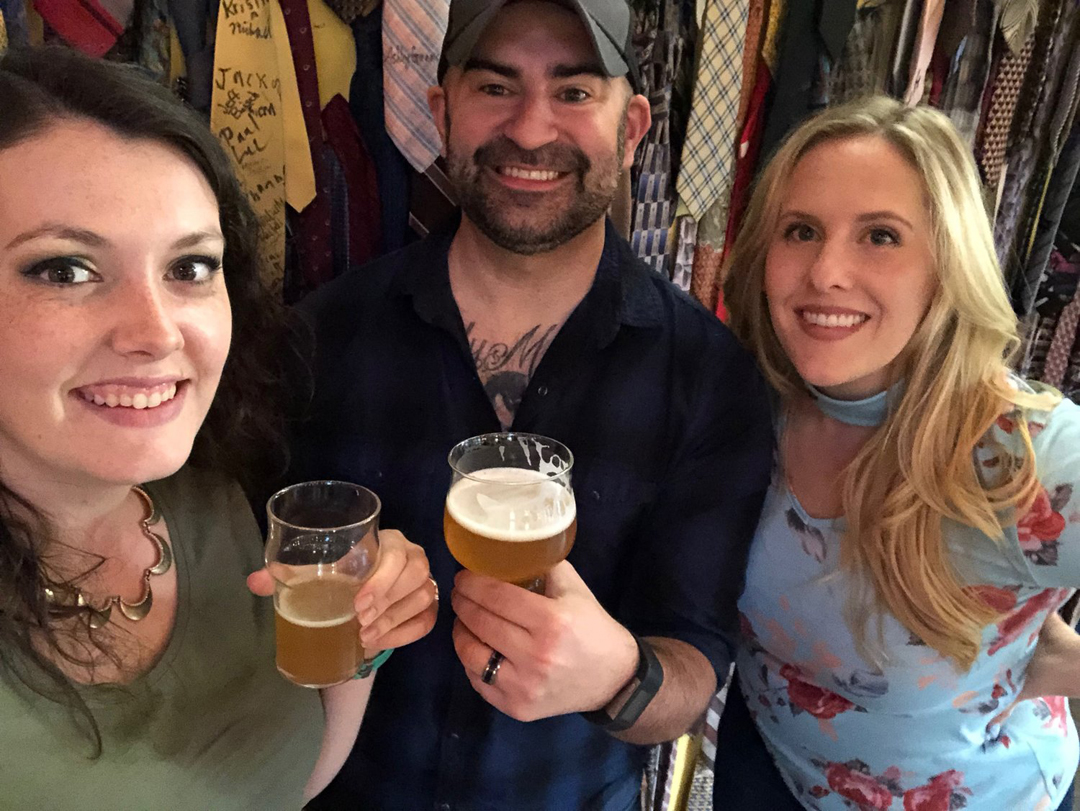 While most of these brews are exclusive to the taproom and will be small batch, there will be some small can releases. One of which is their quadruple dry-hopped IPA, Don’t Call It Hotlanta. The can release will be Sunday, April 29th at their West Midtown location and as overwhelming as all that hoppiness may sound I can tell you first hand they have balanced it in a way that hits everything you’d want in your IPA, from tropical to dank. 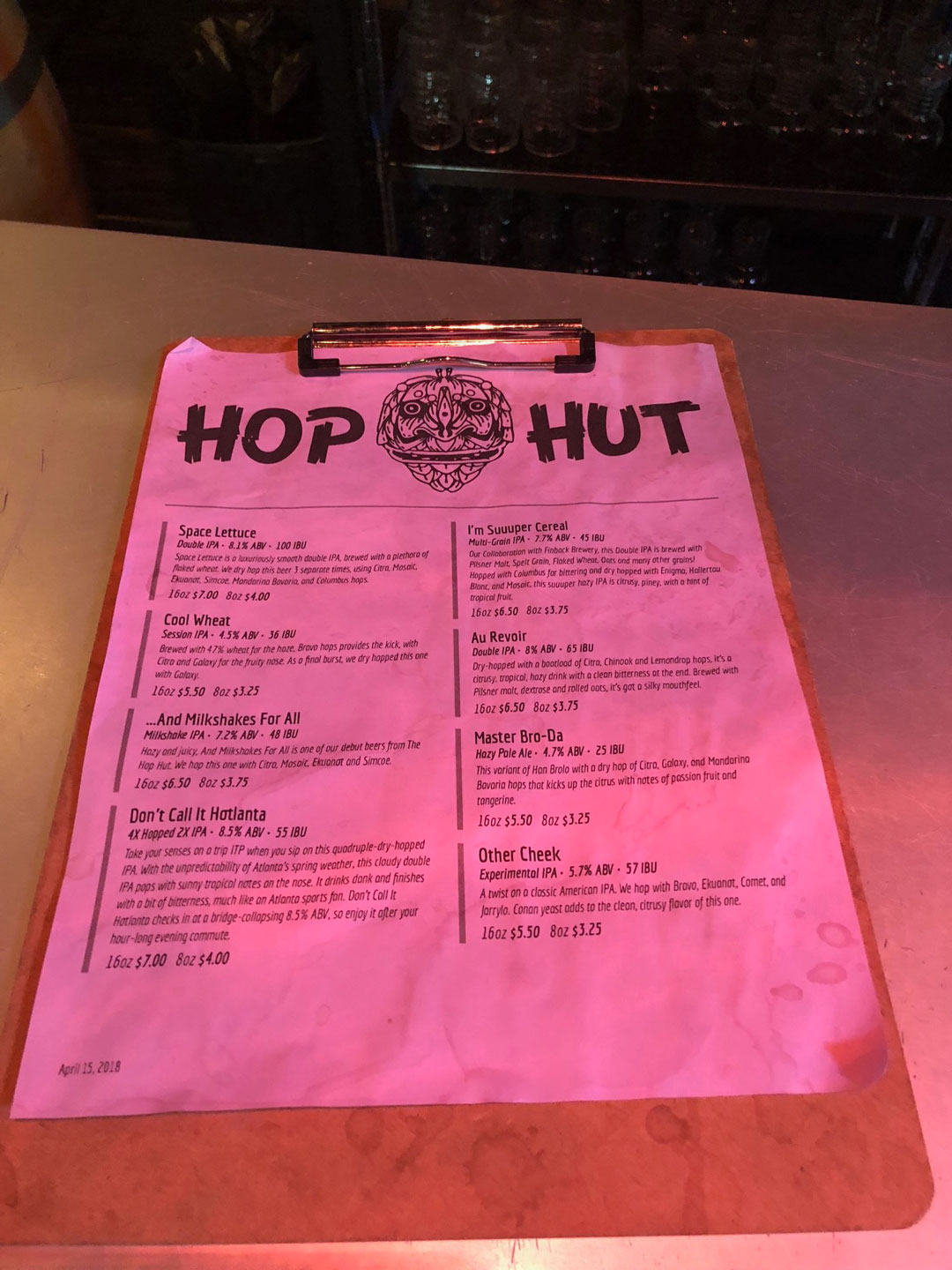 Monday Night went all in, going as far as to purchase new equipment to make this happen. But make no mistake, this does not replace their “regular” taproom. Because these guys can’t seem to get enough of hard work, you will continue to see other, non-hoppy small batch beers and their classics on tap.

Thanks again to Monday Night for having us! If you haven’t yet, I implore you to give Hop Hut a try sometime this week. After all, weekends are overrated.